What is the medial arch of the foot?

The medial arch of the foot is the most prominent foot arch. It runs along the inside of the foot. The arch is formed by the tarsal and metatarsal bones, and is supported by ligaments and tendons in the foot. It acts a shock absorber, whilst walking and running.

What is adult acquired flatfoot?

What are the symptoms of adult acquired flatfoot?

The symptoms of adult acquired flatfoot are varied and depend on the cause of the condition. If it is caused by PTTD, there may initially be pain and swelling along the inside of the ankle where the tendon runs. This then leads to increased flattening of the medial arch of the foot and inability to raise up onto tip toes. Over time the pain moves to the outside of the ankle as the heel tilts outwards. If arthritis develops the foot can become stiff with difficulty walking on uneven surfaces.

How is adult acquired flatfoot treated?

Because of the progressive nature of adult acquired flatfoot secondary to PTTD early treatment is advised. If treated early enough symptoms may resolve with non-surgical treatment and progression of the condition may be prevented. Some of the treatments for PTTD are discussed below, but it is not exhaustive.

With early-stage disease that involves pain along the posterior tibial tendon and without flattening of the medial arch of the foot, immobilisation with a boot for a period of time in-conjunction with rest, elevation, ice and anti-inflammatory medications can reduce the stress and inflammation on the tendon.

Ask advice from your doctor or pharmacist before taking anti-inflammatory medicines as they can have side-effects in some people.

Once these acute symptoms have settled an orthosis (medical insole) or bracing can further rest the tendon and improve it’s mechanical function. Specific physiotherapy exercises to strengthen the tendon are important and weight loss also helps reduce the symptoms.

If the medial arch of the foot has already collapsed it can still be managed with non-surgically with long term a custom-made orthosis and appropriate footwear. With a mobile deformity medial arch orthotics can correct the foot position. It can take several months to find out if they are beneficial. If these measures are not successful in controlling the symptoms then surgery can be considered.

The specifics of surgery depend on the stage of the condition. In general, an adult acquired flatfoot that is mobile and without arthritis can be treated with flatfoot reconstruction surgery to restore the shape of the foot. An adult acquired flatfoot with a fixed deformity or with associated arthritis can be treated with a hindfoot (triple) fusion to stiffen the three joints in the back of the foot.

Patients that have a healthy diet, take regular exercise and refrain from smoking are more likely to experience a quicker recovery with a more successful outcome from their surgery.

If you have any concerns about your general health and well-being (diet, exercise, smoking cessation) you are encouraged to discuss this with your GP, who will be able to provide advice on the options available to you.

We hope this leaflet has answered any questions you might have. If you have any further queries, please feel free to discuss them with any of the medical or nursing staff.

Ready to book an appointment? Click the button below.

Our aim is to help eliminate your pain and allow you to get back to the things you want to do, as quickly as possible. Experienced in the latest advances in surgery and rehabilitation, we want to get you back on your feet and help them last a lifetime.

My condition had deteriorated to the point that I was unable to walk for extended periods of time without pain and swelling of the ankle, and I would rarely be able to join in most family activities. The support and guidance provided by Mr Ramasamy were exemplary and enabled me to make a fully informed decision regarding the options available to me. Now, the pain is much more manageable and the stability that the treatment has provided is such that I feel that I regained a significant part of my life and as such my confidence.

I found Mr Ramasamy extremely professional and reassuring. On the day of my procedure I received the most efficient, organised and professional care in my life. Your nurses were the best I have ever experienced. Mr Ramasamy’s team, in theatre made me feel at ease and made the whole procedure more bearable. They go way beyond the extra mile for their patients.

I wanted to share my excellent experiences and compliment Mr Ramasamy and his team. I found him extremely professional and reassured that he understood how much pain I was in. On the day of my procedure, it was the most efficient, organized and professional care I have ever received – from checking into reception to being allocated a bay and taken into theatre – your nurses in the recovery area were the best I have ever received. Mr Ramasay’s team, especially in theatre, made me feel at ease, kept me informed throughout the whole procedure and made the whole procedure more bearable.

Health care is the diagnosis, treatment,and prevention of disease, illness, injury, and other physical impairments in human beings.

What is the process if I am paying for my own treatment?

After your appointment you will be emailed an invoice to be paid within 30 days via a bank transfer.

Will my insurance cover me?

Our practice is covered by the major healthcare insurance providers. If you have private medical insurance, please contact your insurer to confirm that you are covered for your consultation and imaging appointments and whether you will need a GP referral. Please do this prior to seeing your Consultant. Your insurance company will provide you with an authorisation code which we will need when booking your appointment, along with your policy or membership details. All of this information can be obtained from your insurance company.

Depending on your specific insurance policy you may liable for some of the costs and there may be certain outpatient treatments such as joint injections and blood tests that may not be fully covered by your insurance policy. Please note, even if you are privately insured, you are entirely responsible for all of your consultants’ fees and that the contract you undertake is with your consultant and not your insurance company. 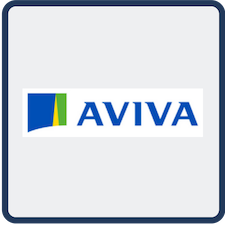 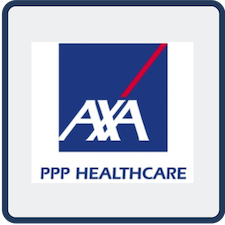 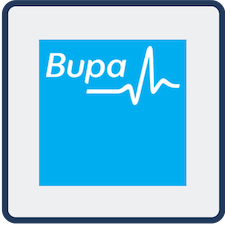 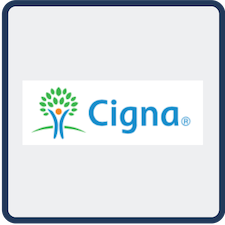 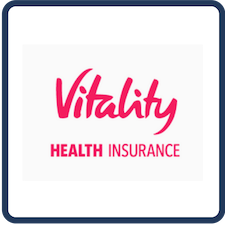 How much does it cost?

In most cases, your outpatient costs should be covered by your insurance company, but please check as this can vary depending on your individual insurance and excess policy. If you are a self-pay, new appointments are £200 and follow up appointments are £150.

Do I need a new or follow-up appointment?

If you have not seen the Consultant previously for this problem, you have a different problem or if it is more than 1 year since your last appointment then please book a new appointment.

Do I need a referral letter?

If you are claiming through your health insurance, they may require a referral from your GP or therapist before authorising your consultation and treatment. If you are unsure then please call 01908 382 353 or email us on admin@mercuryfootandankle.clinic and one our team will be able to assist you. If you are paying for treatment yourself then you do not need a referral letter.

How do I make an appointment?

To arrange an appointment with one of our Consultants, please call 01908 382 353 or email us on admin@mercuryfootandankle.clinic

Send Us A Message

If you have a question or want to reach out to us directly, use the contact form below and send us a message.